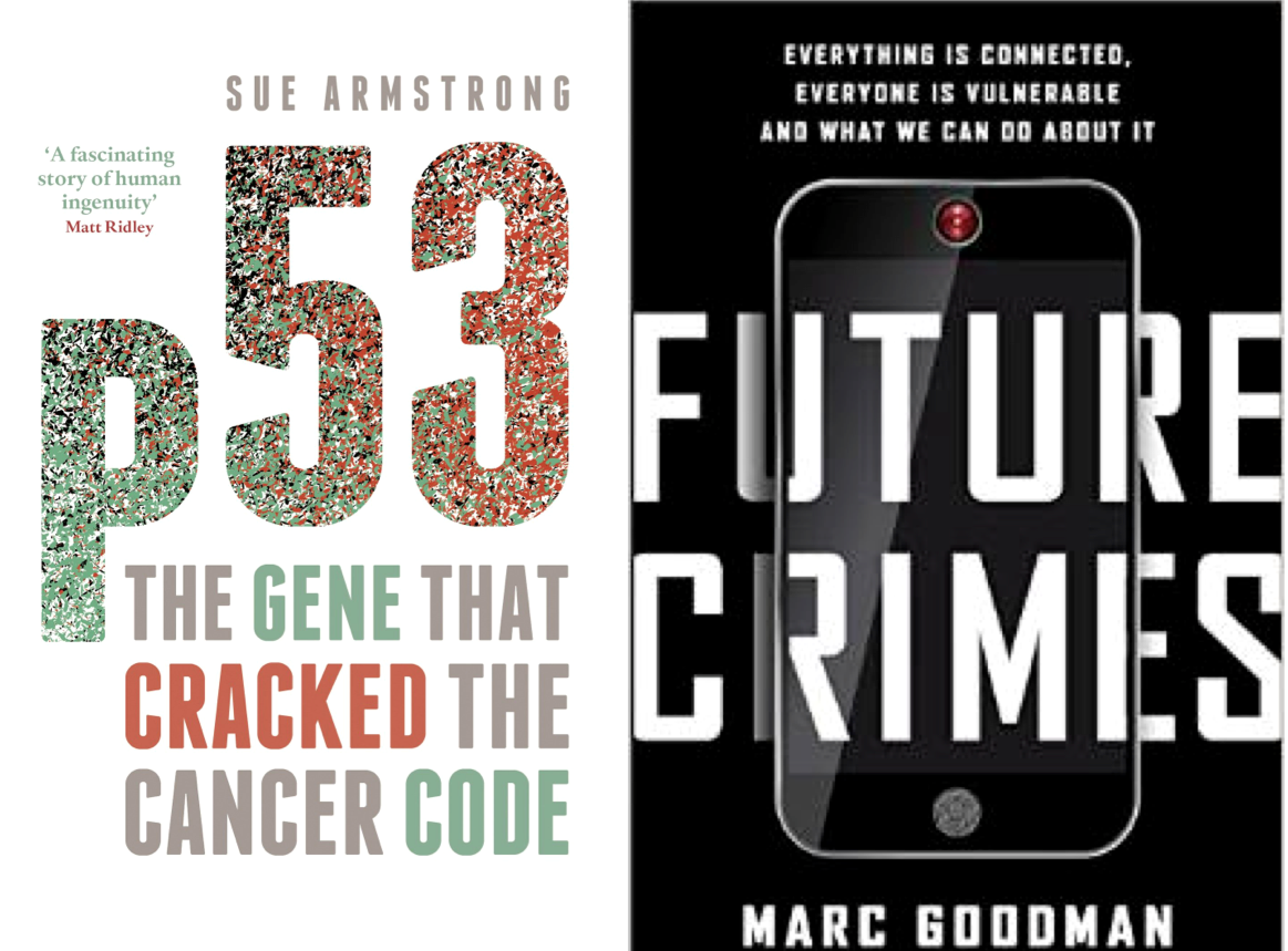 While I always seem to have a stack of books to read, I’m always thrilled when books come out that somehow have me manage to ignore that pile in order to delve into them. Tomorrow (February 24th), two such books will be available here in the US.

The first is p53: The Gene that Cracked the Cancer Code

by Sue Armstrong, a writer based in the UK (where this book has already been out for a few weeks.)  Being a cell biologist, I am so excited to read the narrative Sue has written about this very important gene that is central to keeping us cancer free. It is such a well-studied gene that there are certainly many important scientists and physicians playing a role in the book.

“All of us have lurking in our DNA a most remarkable gene. Its job is straightforward – to protect us from cancer. This gene – known simply as p53 – constantly scans our cells to ensure that they grow and divide without mishap, as part of the routine maintenance of our bodies. If a cell makes a mistake in copying its DNA as part of its process of division, p53 stops it in its tracks, sending in the repair team before allowing the cell to carry on dividing. If the mistake is irreparable and the rogue cell threatens to grow out of control (as happens in cancer), p53 commands the cell to commit suicide. Cancer cannot develop unless p53 itself is damaged and malfunctioning.
Not surprisingly, p53 is the most studied gene in history. This enormously important gene has teased the minds of some of the most colourful and ambitious scientists around the world. These characters populate Sue Armstrong’s book p53: The Gene That Cracked the Cancer Code, the story of medical science’s mission to unravel the mysteries of this gene and to get to the heart of what happens in our cells when they turn cancerous. p53: The Gene That Cracked the Cancer Code reveals the tale of the search for this gene, as well as the excitement of the hunt for new cures – the hype, the lost opportunities, the blind alleys, and the thrilling breakthroughs.
As the long-anticipated revolution in cancer treatment tailored to each individual patient’s symptoms starts to take off at last, p53 is still at the forefront of the game. This is a timely tale of scientific discovery and advances in our understanding of a disease that still affects more than one in three of us at some point in our lives.”

The next book out is one about the ways we will be spied on and have our identities hacked in the not too distant future. It’s called Future Crimes: Everything Is Connected, Everyone Is Vulnerable and What We Can Do About It

Check out the book trailer:

If that doesn’t give you chills and make you take notice, then I don’t know what will.

“In FUTURE CRIMES, one of the world’s leading authorities on global security, Marc Goodman, takes readers deep into the digital underground to expose the alarming ways criminals, corporations, and even countries are using new and emerging technologies against you—and how this makes everyone more vulnerable than ever imagined.”

If you are looking for something to read this week, I highly recommend either or both of these books!