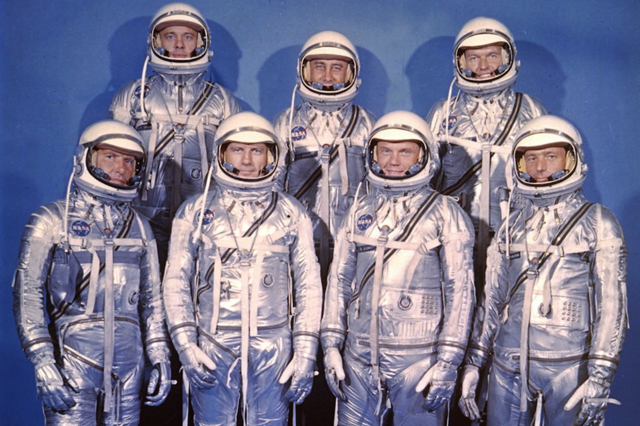 This article originally appeared at my Scientific American blog.

Today, the 44th anniversary of the first moon landing with Neil Armstrong’s and Buzz Aldrin’s first steps on the moon, I present to you some great books to read about space travel, each with their own video, whether it is a trailer for a movie made based on the book or a proper book trailer, a more recent phenomenon.

Magnificent Desolation: The Long Journey Home from the Moon by Buzz Aldrin inspired a free documentary about the Apollo 11 moonlanding called Moonscape

The Right Stuff by Tom Wolfe was the source story for the movie by the same name, documenting the stories of the first Project Mercury astronauts selected for the NASA space program.

You might want to check out the book by the third astronaut on Apollo 11, the one who did not step foot on the moon, Carrying the Fire by Michael Collins, and a beautiful time lapse video as described by Phil Plait

The Astronaut Wives Club by Lily Koppel is a recent release that focuses on the lives of the Mercury, Gemini and Apollo astronaut wives.

Another book by Buzz Aldrin, Mission to Mars: My Vision for Space Exploration has recently been released. Here is his book trailer.

Buzz Aldrin and his co-author were guests on my recent Read Science! episode to talk about his book!

Mary Roach has written the brilliantly funny Packing for Mars: The Curious Science of Life in the Void
Here is her award winning book trailer, Space Hygiene:

Mike Mullane, author of humorous account of a space shuttle astronaut, Riding Rockets: The Outrageous Tales of a Space Shuttle Astronaut is seen here in part of a talk he has given recently.

These are not all of the nonfiction space travel books available. What are some of yours?