The Liberal Arts that Scientists Know…

…is greater than the science known by liberal artists.”

This is a direct quote from Neil Degrasse Tyson in a talk given at the World Science Festival in 2010. (Video upload by Kristopher Hite) That quote starts at 4:39, but the entire video is worth watching.

Joe Hanson, who authors the It’s OK to be Smart blog, shared an article from The Washington Post titled, We’re way too obsessed with pushing science and math on our kids. The author claims that our insistence that we focus on STEM topics means we will forego other fields of study, particularly the liberal arts. Liberal arts and science are not mutually exclusive, in fact, many colleges and universities have Liberal Arts and Science designated schools. 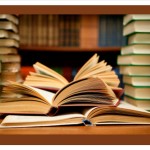 I think there is very little danger of America becoming so STEM-obsessed that liberal arts topics such as literature, history, languages and music will go by the wayside. If liberal arts decline, it will be more likely because we have become an anti-intellectual society rather than an over-abundance of science and math being taught to our kids. Additionally, working against STEM is that many American teachers, especially at the elementary school level, have more of a liberal arts background rather than science. This might be acceptable if  liberal arts training didn’t usually go hand-in-hand with science phobia. I am increasingly concerned that some teacher’s (and parents’) lack of comfort with science topics subtly or overtly influence students, perpetuating the cycle of science avoidance. There is hope once kids reach high school, right? High schools presumably have scientifically literate teachers who happen to enjoy science. That’s generally true, but the number of science courses required of students to take in order to graduate are fewer than the course requirements for English, languages and history. (For now, I’ll leave the dearth of art classes, music training, or PE out of this discussion, because I agree we should be adding more music training AND physical education/recess to our school day.). The chances that we will overemphasize STEM to the detriment of society any time soon seems unlikely.

I love science and am also a huge fan of the liberal arts and would never suggest they should diminish in order to create a more scientifically literate populace. While I use the acronym STEM, I heartily embrace the acronym STEAM, which means including the arts in with our science, technology, engineering and mathematics.

The concern voiced by the author at the Washington Post is not new. I joined in a conversation at HuffPost Live called “Bye Bye Gatsby?” which wondered, if by requiring 70% of all reading materials in schools to be nonfiction, would the new common core turn kids off of reading altogether?

At first glance, 70% nonfiction sounds a bit high, but if you consider the average person’s reading per day; newspapers, work-related articles, etc., we probably already are at that level, so if the 70% number mirrors daily life, maybe it’s not so unusual and having kids trained to read nonfiction properly might be a wise move.

I’m a big fan of making science engaging through great writing and I make my case for that here on the Huffpost Live video starting at 13:09 . At 13:57, I point out that the people I know, who are excellent in their respective science fields, are also very well rounded, and I call upon the Neil Degrasse Tyson segment I shared above.

To continue with what Neil has to say:

You don’t have to be a scientist, but at least know, understand, what’s going on. In a world that is shaped by decisions, many of them that have political consequences, scientific decisions inform political decisions.

I’m just here to get you excited enough about science so that you will want to become scientifically literate.”

It’s not ok to be scientifically illiterate, and it definitely would not be ok to eliminate the liberal arts to rectify that, but reducing focus on STEM is not going to be the answer to the perceived demise of the liberal arts.