I am quite pleased to put my popular science book reading hobby/obsession to good use and give a 20 minute presentation to fellow science communicators at the Science Talk ’19 conference.

Before I provide the list of books presented, many authored by women, you may be interested in the fact that I maintain a list of women science writers. Check that out at Women Science Book Writers.

I am also trying to be smart about keeping track of books that are coming out in 2019, and have that list at 2019 Science Books.

What follows are the books I shared at #SciTalk19 along with the category I assigned them to. Many of the books could fall into several categories and the categories are ones that I created and are not canon by any stretch.

There are so many books out there, and due to time constraints, surely I forgot some of your favorites! Thanks for understanding that I could not list even all of my favorites.

A good story: Emperor of All Maladies by Siddhartha Mukherjee

How Science is Done

Scientists Tell Us Their Story

Relating to the Everyday 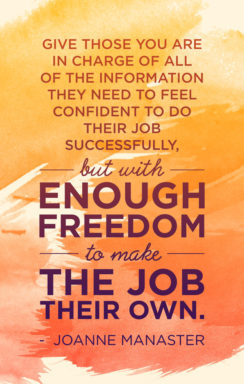 END_OF_DOCUMENT_TOKEN_TO_BE_REPLACED

I posted this originally at Scientific American on December 10, 2014.

Women in the public eye are constantly scrutinized for what they wear, whether it be a politician, a Hollywood starlet or even a scientist at the Nobel Prize ceremony. The male Nobel Prize recipients have it relatively easy, at least wardrobe-wise. They put on their tie and tails and they are good to go, but women have a few more decisions to make regarding color, style, accessories, appropriateness for the venue and so forth.

END_OF_DOCUMENT_TOKEN_TO_BE_REPLACED 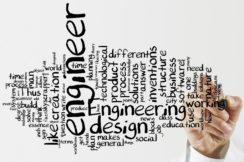 END_OF_DOCUMENT_TOKEN_TO_BE_REPLACED

Today we had a lively discussion with Lynn Sherr about her outstanding biography, “Sally Ride : America’s First Woman in Space”. We talked quite a bit about the sexist barriers that Sally (and Lynn Sherr, herself) help to break down in the early 1980s, listened to stories, and tried to understand what a different time it was when Sally joined NASA in 1978, and what a different place the USA was back then.

END_OF_DOCUMENT_TOKEN_TO_BE_REPLACED

This article originally appeared at ravishly.com on July 17, 2014, who asked me to contribute.

So many articles about women in STEM are quite long because the issues faced are complex and multifactorial, so I took a unique approach be encapsulating the topic in 11 variations on the STEM acronym.

Here are some alternate STEM acronyms preventing women from finding success in science and technology.
END_OF_DOCUMENT_TOKEN_TO_BE_REPLACED

The announcement of this interview originally was posted at Scientific American

END_OF_DOCUMENT_TOKEN_TO_BE_REPLACED

Ainissa Ramirez, materials scientists, STEM advocate and author joined me for an enjoyable Google Hangout on Air to talk about inspiring kids for STEM and how science teachers can help!

Ainissa has written two books: Save Our Science: How to Inspire a New Generation of Scientists (Kindle Single) (TED Books Book 29)

and Newton’s Football: The Science Behind America’s Game

This was originally published at Scientific American on November 27, 2013

Many times I wondered this myself, and while I had the attention of the youtube infamous Hank Green of SciShow, I asked him in correspondence last year:

“One last thing, while I have your attention. Have you noticed that there are so few women represented on youtube talking about science? It’s one thing that TV can’t bring themselves to feature women as science hosts and experts on a regular basis (they might be stuck in the 50s, I think), but the fact that a female sharing science (STEM) is rarely found (Vihart an exception) on youtube is downright disgraceful. Where are they?Do you know some? Simply, if young ladies don’t see other women articulating science, the impression will be that women don’t do science, and vicious cycle ensues. Other than just loving science, that’s why I bother to make videos despite the travail.”

(Of course, I’ve taken a break from regular video production, and this post will address why further along. I have two youtube channels, for those unaware of that,Joannelovesscience and joannema7 and I’m a member of youtube.edu)

“Re: Women: The thing with YouTube is…it’s not like there are people saying “Woah now! I’m not sure if we can have a lady talking about science.” It’s open to everyone, and I have done a lot of thinking about why there aren’t more women on YouTube generally, and talking about science specifically. YouTube is largely male in general, I think, for a few reasons. One, it can be pretty abusive, which I’m sure you’ve seen. Two, the first round, at least, are the attention-seekers who don’t care what they’re doing as long as people watch, and that seems to be a more male trait (we’re scientists, we can agree that there are psychological trends in the sexes.)”

Emilie Grasile (whose style of delivery is quite like Hank Green’s, I expect because that is a successful youtube formula), who is supported in her video production by Chicago’s Field Museum, put out a video today about the first reason Hank mentioned: abusiveness in the comments.

As we know, this type of harassment is all over the internet, and especially on YouTube. I find it annoying, but not so much a hinderance to creating content in my opinion. HOWEVER, even though I might be able to personally brush off the inappropriate comments, I would like to see it diminish because it saddens me that potential viewers of my videos, especially if they are young, would be subjected to reading low quality comments and I’d not want them to think I approve of this kind of interaction with me, or any human being for that matter. I’d like to set the example that I don’t condone people treating others in that manner, so curating comments would be of utmost importance, but that takes TIME. A lot of time.

Which brings me to why I don’t make as many videos any more. It is TIME (Henry of Minute Physics and ViHart both have spoken in the past of numerous hours required just for one minute of video!). I like creating content and I have lots of ideas, especially ideas to reach young women about STEM, using products they use everyday, and to share about the great popular science book choices available. I have the skills to create a decent video now, after a learning curve, but pre-and post-production is incredibly time consuming. It would even be a relaxing and contemplative process if I did not have to attend to my career as a full time faculty lecturer and raise my four children as well, in addition to the in-person (and quite rewarding) physical science outreach I do. If video production were my livelihood or had the support of an institution or business to create videos, I could see this being a great way to channel my natural teaching abilities and telegenicity, but that is not a current option, though I am open to it.

With good production assistance, I might still be producing videos, but this costs money, and quite a bit of it. Sporadic grants for $500- $2,000 are not sufficient to maintain a strong presence online with high quality videos. To have animations or editing done by someone else, it adds up.

Compounding the issue is the demand for increased production values. I’ve been watching the progression of science as portrayed on Youtube, from the organic “guy in his garage” (ie NurdRage) to slicker productions (ie Steve Spangler and SciShow) as talented people who were in TV are moving over to create videos on YouTube, leaving the audience to come to expect increasingly better production values. Personality and content can only go so far without the bells and whistles expected these days. I agree, equipment for filming is becoming more sophisticated and it is easier to make good looking videos if you can light and frame and storyboard appropriately and if you have the time.

I’ll add one more observation. Youtube, in general, is the place for the the young (and young looking, as in TV). Most everyone creating videos, especially the science ones, have made this their overarching focus, as a career. For a woman who is already established in (or establishing) her career as a scientist and raising a family, which is the one of the best inspirations for young women considering a science career out there, adding YouTube video production to their plate might be asking a bit too much, especially if enduring inappropriate comments is the “reward”.

As an encouragement for women creating STEM content on YouTube, I’ll reiterate what I said earlier on in the post. If young people do not see women articulating science, the impression will be that women don’t do science, and it will not be considered a viable career option. Think of it. Women find it easier to become doctors and lawyers versus scientists because they understand those professions, either from real life interactions or from TV. We need women scientists to interact with young people and to be visible in the medium that young people consume, but how do you juggle career and family and outreach as such with video production and subsequent comment curation? That is the challenge, and I wish everyone all the best of luck.